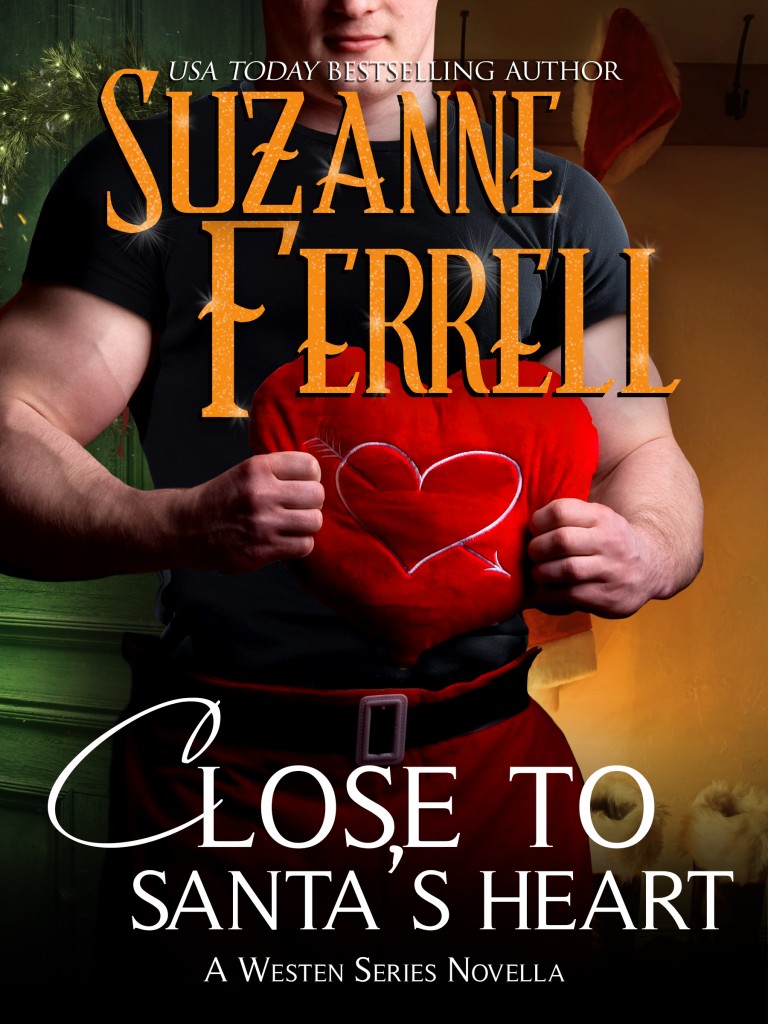 As Westen’s resident Santa, Deputy Cleetus Junkins brings the magic of Christmas to his beloved home town each year.  He oversees lighting the tree in the square and raising the huge mistletoe kissing bough in the gazebo. At the parties he visits with children and the elderly. Amid all this joy even Santa can be lonely. Or he used to be. This year, Cleetus has a helper.

Sylvie Gillis came to Westen for a fresh start only to have her heart immediately melted by a shy gentle giant of a deputy. Her childhood was short on happiness but playing elf to Cleetus’ Santa makes her want to believe in Christmas miracles.

As Cleetus and Sylvie help bring Christmas joy to the citizens of Westen, the holiday magic weaves its way into their hearts. Will the reason Sylvie left home come between them or can she stay Close To Santa’s Heart?

I don’t think I ever fell so quickly in love with a book hero than I did with Cleetus Junkins. Sure, I “met” him in Ms. Ferrell’s other books in the Westen series. As a deputy in the Sheriff’s Department, Cleetus was present in all the books – the quiet giant loyally doing his job protecting the citizens of Westen. But this story focuses on the big guy behind the uniform….. Every year the Town of Westen goes all out for its Yuletide Jubilee. This includes Deputy Junkins, who plays Santa not just for the Jubilee but delivering presents for the senior citizens and school children in town. But Cleetus gets a present of his own this year – the pixie of a hairdresser he has a crush on will be his elf sidekick. Sylvie Gillis came to Westen to begin her life, escaping from what the reader learns was a difficult home situation. Sylvie is embracing all there is to experience of the Christmas season, including playing elf to Cleetus’ Santa! As the two get closer, so does Sylvie’s past, bringing heartache and danger. This novella is a perfectly wrapped little romantic suspense gift, filled with loveable characters, an intriguing plot and Christmas spirit! When you read what Cleetus decides to do for Sylvie to bring some Christmas to her life, you will just swoon. This story is a terrific addition to the Westen series and must-read anytime of the year!