CLOSE TO THE EDGE 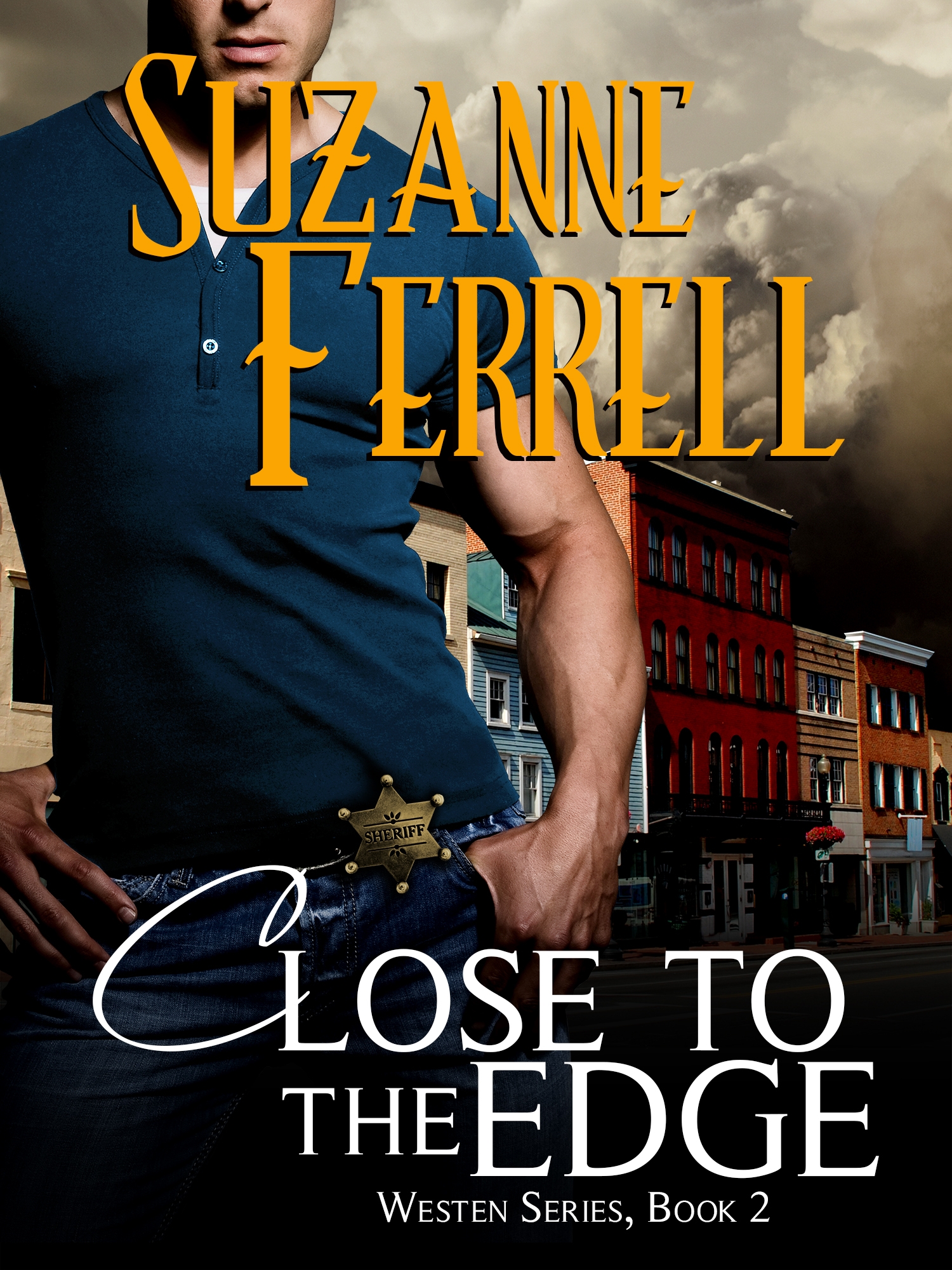 After facing death as an undercover narcotics cop, Gage Justice has come home to heal. His recuperation is cut short by his father’s unexpected diagnosis of cancer and subsequent death. Now he’s honoring one of his father’s last wishes by taking over as the sheriff of his boyhood home, Westen, Ohio. Biding time until his father’s term is finished, he fights boredom more than crime in the sleepy little town – that is until one sexy little teacher-turned-Private-Investigator literally falls into his arms.

Bobby Roberts is looking for adventure. After giving up her own dreams to raise her two sisters after the death of their parents, she’s been trapped in a schoolroom for nearly two decades. The suffocating claustrophobia of the classroom has set her on a new career path. She arrives in Westen, complete with brand-spanking-new PI license, a handgun and a simple case – investigate a lien on property of a dead man.

Little does she realize her “simple little case” will lead her into the world of one sexy sheriff and the path of a murderer intent on keeping them both from discovering his secrets or stopping his plans that could destroy Westen.